The outlook is stable to positive. Oversupply situation is improving, with the tapering of new supply in 2018. MINT has two projects coming on stream in 2018 – Kallang AEI (leasing is ongoing) and data centre BTS (no occupancy risk) which should contribute positively to the portfolio.

We have revised our FY18e/FY19e revenue estimates 1.7%/3.9% higher than previous. DPU estimates for FY18e/FY19e have been raised 3.8%/9.2% higher. Key positives are the higher proportion of Hi-Tech Buildings segment in the portfolio following the injection of the US data centres, and the relatively low gearing. Estimated yield of 5.8% should be stable with some upside, but we find valuation uncompelling. Our target price represents an implied 1.48 times FY18e P/NAV multiple.

The fourth storey structure slab has been completed and installation of external façade has commenced. The project remains on track for completion in 2H 2018. 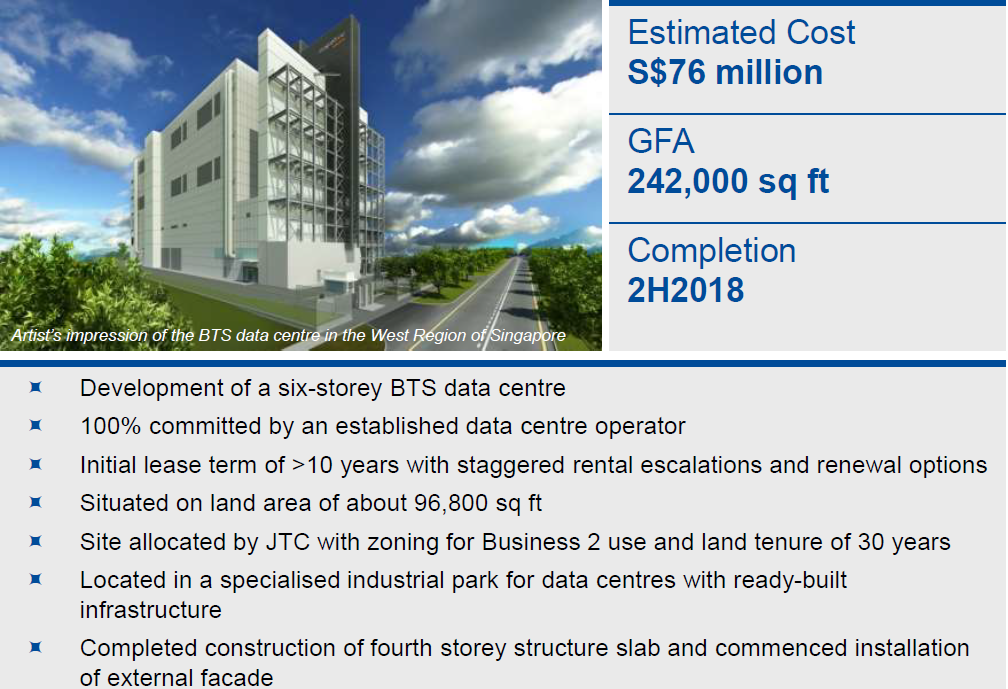 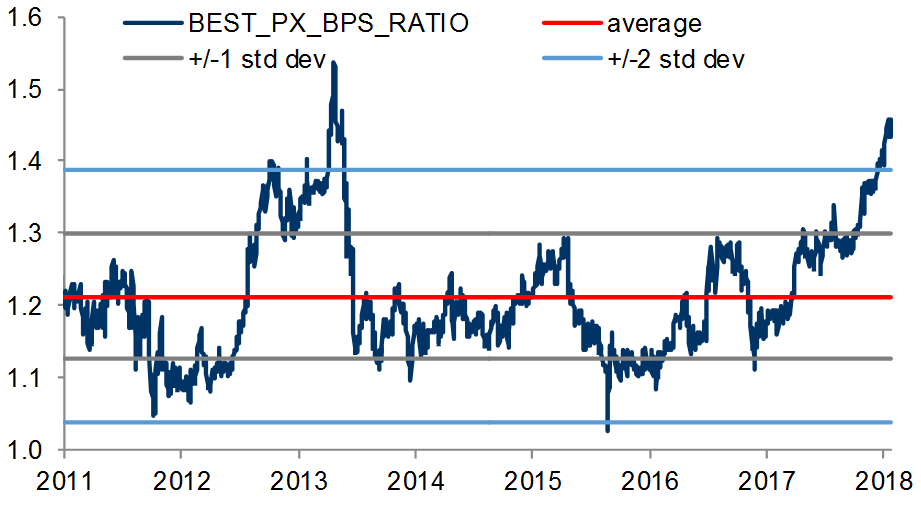