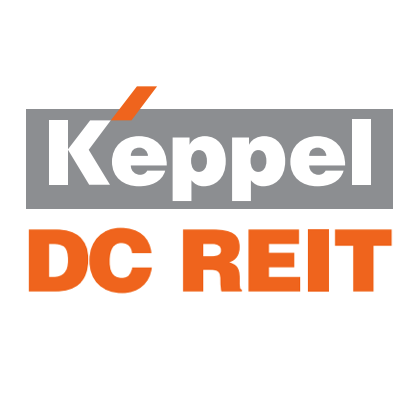 – Natural decay of leases reduced WALE to 6.8 years (FY19: 8.6 years). Colocation (Colo) leases are the most profitable leases as rents include charges for facility management and the rental of M&E equipment. However, Colo leases typically run on shorter WALEs of 2.7 years vs. 11.2 years for fully-fitted and 7.3 years for shell & core data centres. Fortuitously, most of KDC’s Colo leases are in Singapore, which is a rising rental market due to limited new supply. As such, shorter WALEs should allow KDC to capture higher rents as the leases are marked to market upon renewal. In contrast, with a WALE of 1.5% and persistently low occupancy of 63.1%, KDC’s struggling Malaysian asset, Basis Bay (0.8% of AUM), may face occupancy risks should its existing tenant decide not to renew.

Evaluating potential acquisitions. KDC is evaluating several piecemeal and portfolio acquisitions with cap rates of 5-7%. However, travel restrictions in several countries have prevented KDC from physically inspecting the assets overseas. Management has found a way around this, which is to focus on shell & core assets which are more passive in nature and rely on third-party valuers. Using this strategy, KDC was able to acquire Amsterdam DC before the year ended.

Demand-supply gap to push up market rents. Singapore is KDC’s core market, accounting for 56% of its AUM. Given the moratorium on data centres in Singapore, we expect market rents to be bid up in the coming two years. Present higher demand has led to higher occupancy for KDC’s portfolio, though market rents have not moved. While KDC’s portfolio occupancy in Singapore is high at 97.0%, Colo leases in Singapore have WALEs of 1.4-4.0 years. These coincide with expected rent appreciation. In the meantime, KDC is expected to benefit from organic growth as many of its leases have built-in periodic rental escalations averaging 2-4% p.a.

Changes from our previous report

Scenario analysis: with and without acquisitions

Our acquisition assumption reduces FY21e DPU by 5.4% due to an enlarged share base, but increases FY22e DPU by 5.3% (Figure 1).

Demand for data centres is supported by increasing 5G, smartphone and cloud adoption. KDC’s higher P/NAV of 2.4x (Figure 3) is supported by the forecast growth in data centres and its ability to deliver earnings growth through AEI, rental improvements and accretive acquisitions. We forecast DPU yields of 3.3%/3.8% for FY20e/21e, which should deliver a forward yield spread of 220bps, the average of its five-year historical yield spread over 10YSGS (Figure 2). 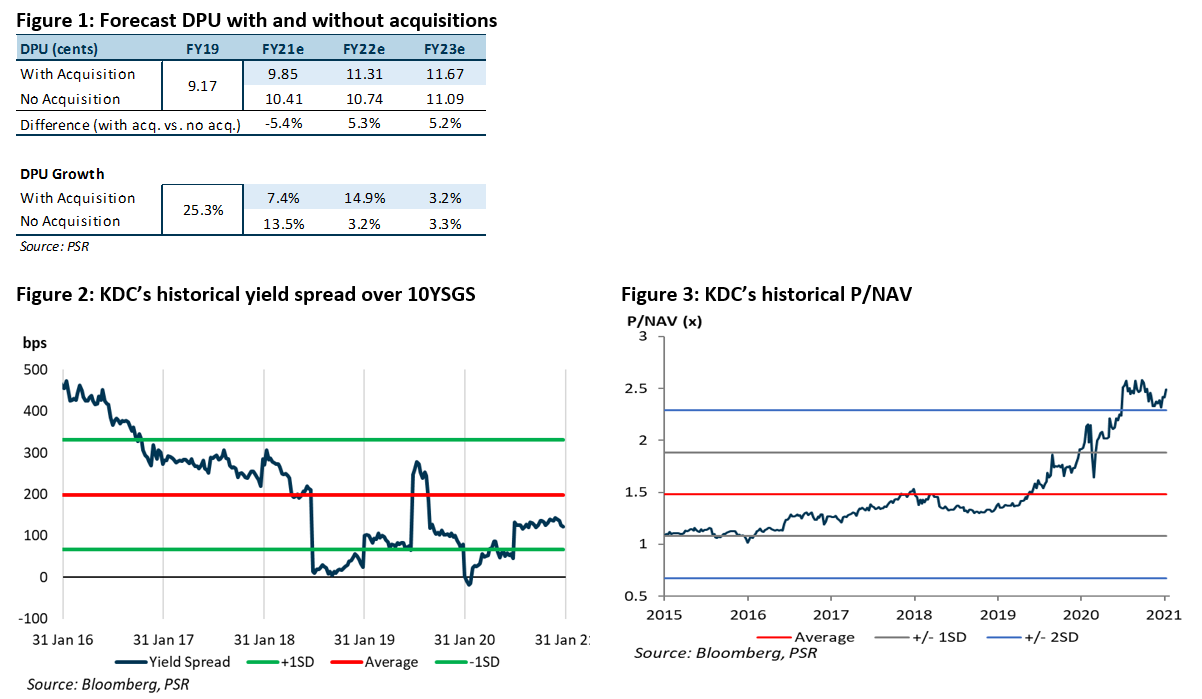