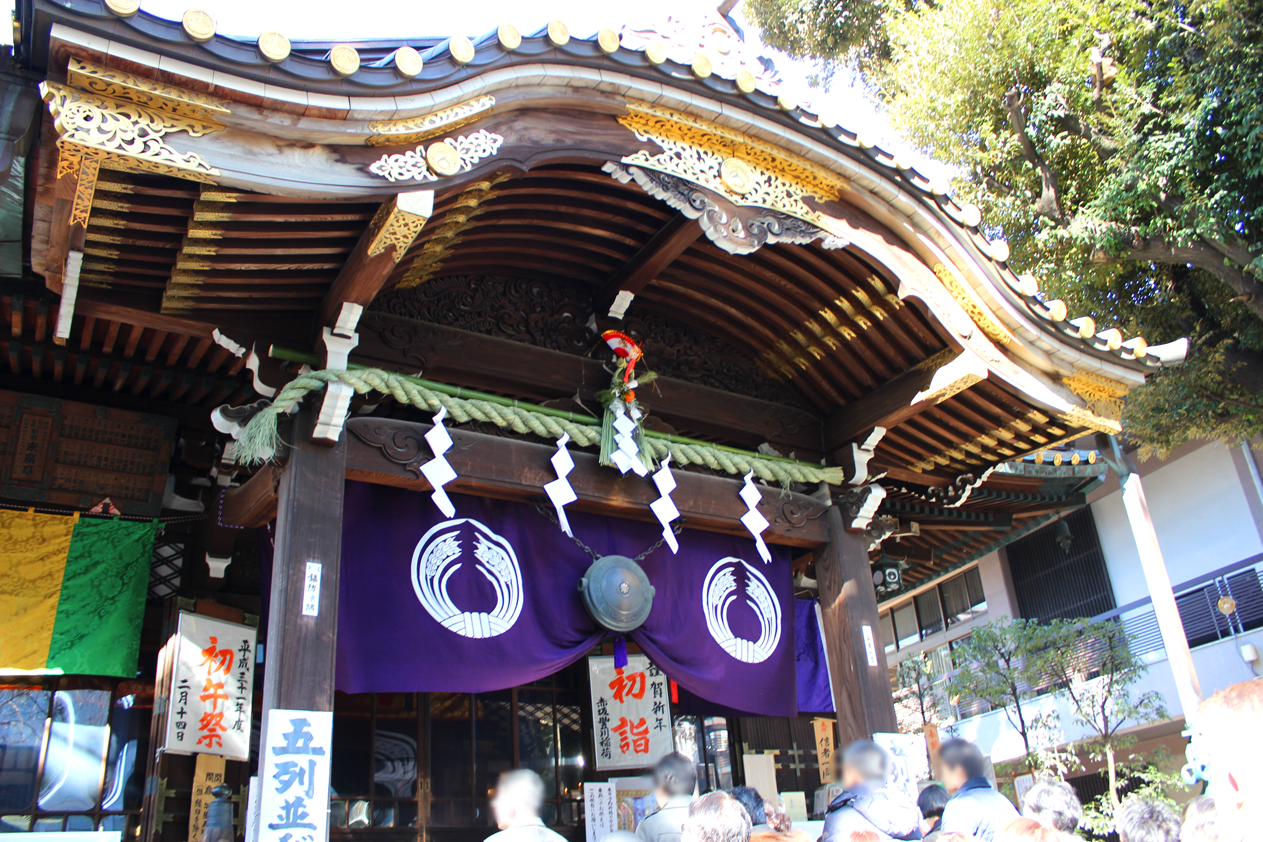 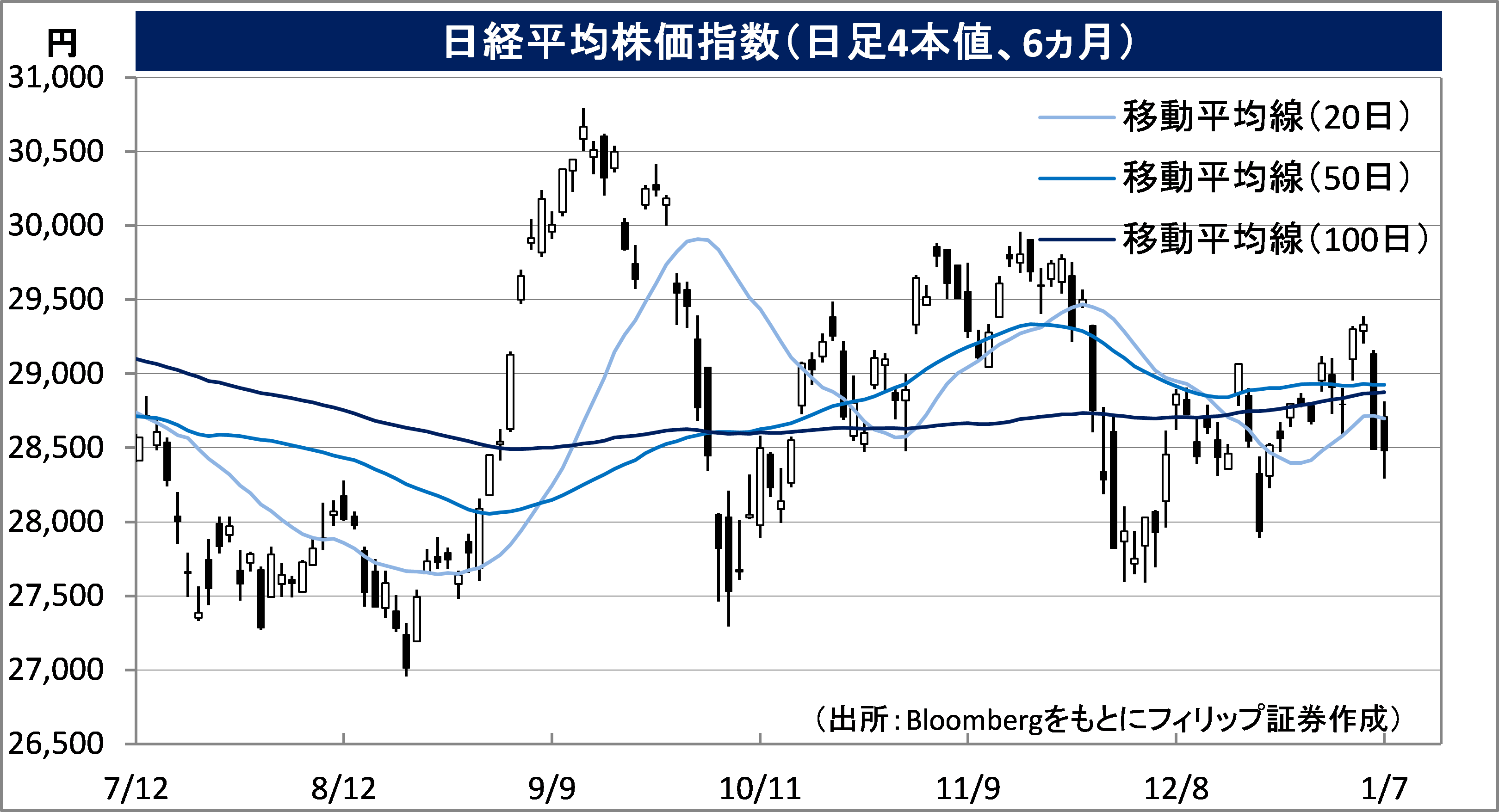 New Year greetings to all.  In the first week of the New Year, the Nikkei Average performed strongly on the 4th (the first trading day of the year) and 5th Jan, and at the close of 5th Jan, had started the year up 541 points from the end of last year. However, with the minutes of the FOMC meeting released on 5th Jan showing the possibility of the US Fed accelerating interest rate hikes and starting of shrinkage of the balance sheet after the first rate hike, the Nikkei Average was pushed down by strong selling pressure and closed 845 points lower on 6th Jan relative to the previous day.  In addition, the impending possibility of applying the “Priority Measures for Prevention of Spread of Diseases” to Okinawa, Yamaguchi and Hiroshima, where Covid-19 is spreading, and the emergence of supply-demand balance issues arising from the large number of new listings in TSE Mothers during the second half of Dec, had also contributed to the continuing downtrend on 7th Jan.

Looking to the year ahead, however, the aversion to inflation in the US and the increasing tendency to sell growth stocks should increase the likelihood of selection of Japanese stocks by elimination, as Japanese stocks have relatively low inflation and a strong base of undervalued value stocks.  It is also encouraging to note that, over the New Year holidays, there has been a string of energy-related news that could draw attention to Japanese stocks, especially value stocks.

The string of energy-related news items is as follows.  ① The Japan Atomic Energy Agency (JAEA) and Mitsubishi Heavy Industries (7011) have announced their participation in the development of small modular reactors (SMRs) and fast reactors being planned in the US.  JGC Holdings (1963) and IHI (7013) have also invested in US startups aiming to build SMRs.  ② At his New Year’s press conference on 4th Jan, PM Kishida announced that he would “seek directions for the development of power transmission and distribution infrastructure” in order to achieve decarbonization.  Total investment will be over 2 trillion yen and is expected to be finalized in June.  ③ The European Union (EU), which has set the goal of realizing a decarbonized society, announced on 1st Jan that, in addition to natural gas, it would include nuclear power in “sustainable economic activities” under certain conditions to encourage investment.  Amongst member countries, Germany, pushing to phase out nuclear power generation, is opposed to the policy, while France and other Central and Eastern European countries are in favor of it, citing soaring energy prices.  The policy is expected to be formalized by end-Jan.

News are coming out that give hope of Japanese companies evolving in the near future that can compete with giant US tech. Companies like GAFAM.  On 4th Jan, Sony Group (6758) announced at CES 2022, a consumer electronics trade show in Las Vegas, that it will establish a new electric vehicle (EV) company, Sony Mobility, in the spring of this year.  A number of sensors, including image processing semiconductors, will be installed both inside and outside the car to ensure safety, and audio technology is used to enhance entertainment.  These efforts show the company’s aim to bring together into EVs different fields in which it is globally overwhelmingly strong. 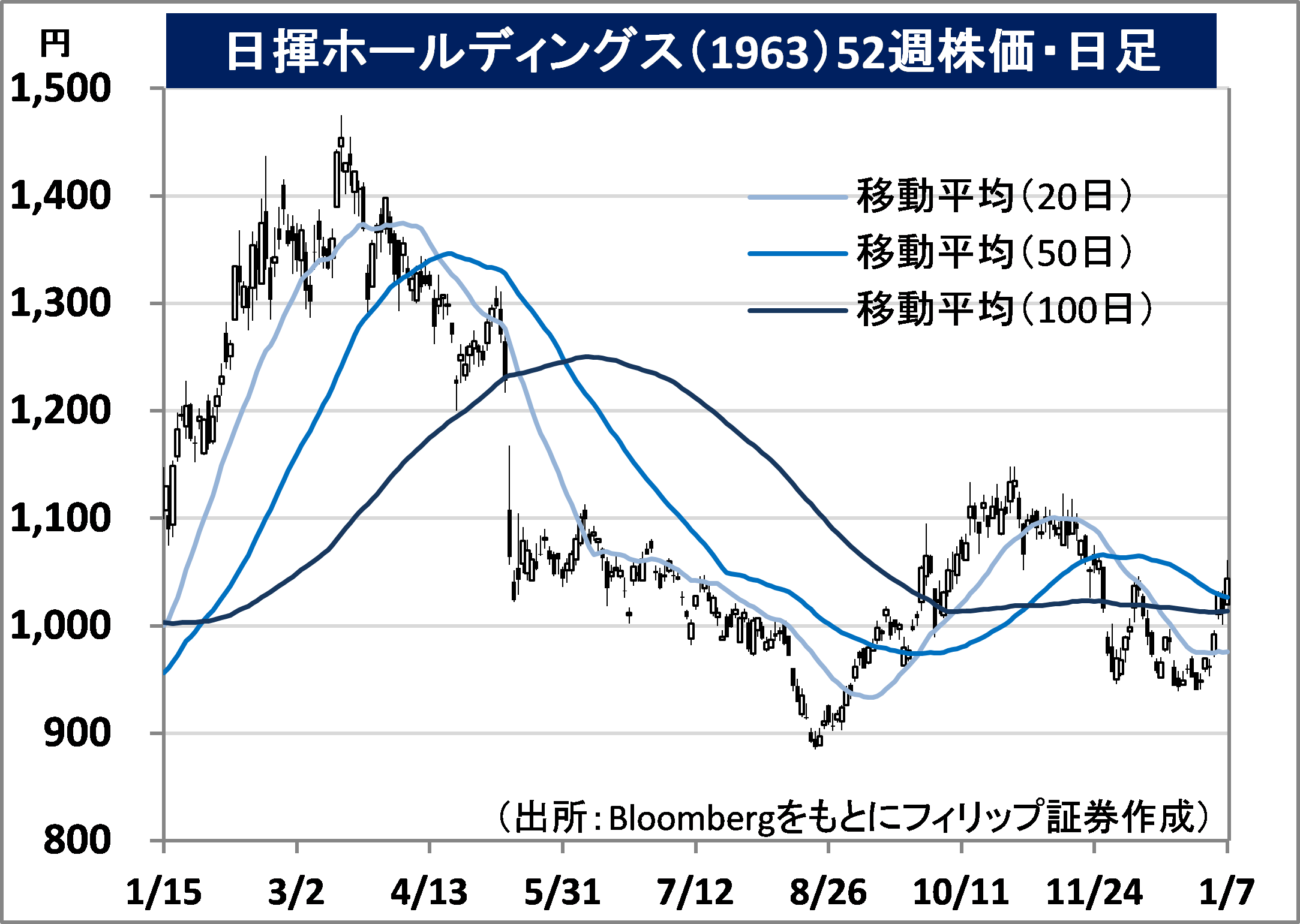 ・Established in 1928 as Japan Gasoline Co., Ltd.  Operates a comprehensive engineering business that designs, procures, and constructs various plants and facilities, as well as a Functional Materials Manufacturing business that manufactures and sells catalysts and fine products.

・For 1H (Apr-Sep) results of FY2022/3 announced on 11/11, net sales increased by 9.3% to 217.098 billion yen compared to the same period the previous year, and operating income decreased by 9.8% to 10.386 billion year.  Although customers’ capital investment in the infrastructure sector and demand for products in the Functional Materials Manufacturing business were strong, the company posted an extraordinary loss due to a dispute with a client regarding the Ichthys LNG project.  Net income was a loss of 48.4 billion yen. 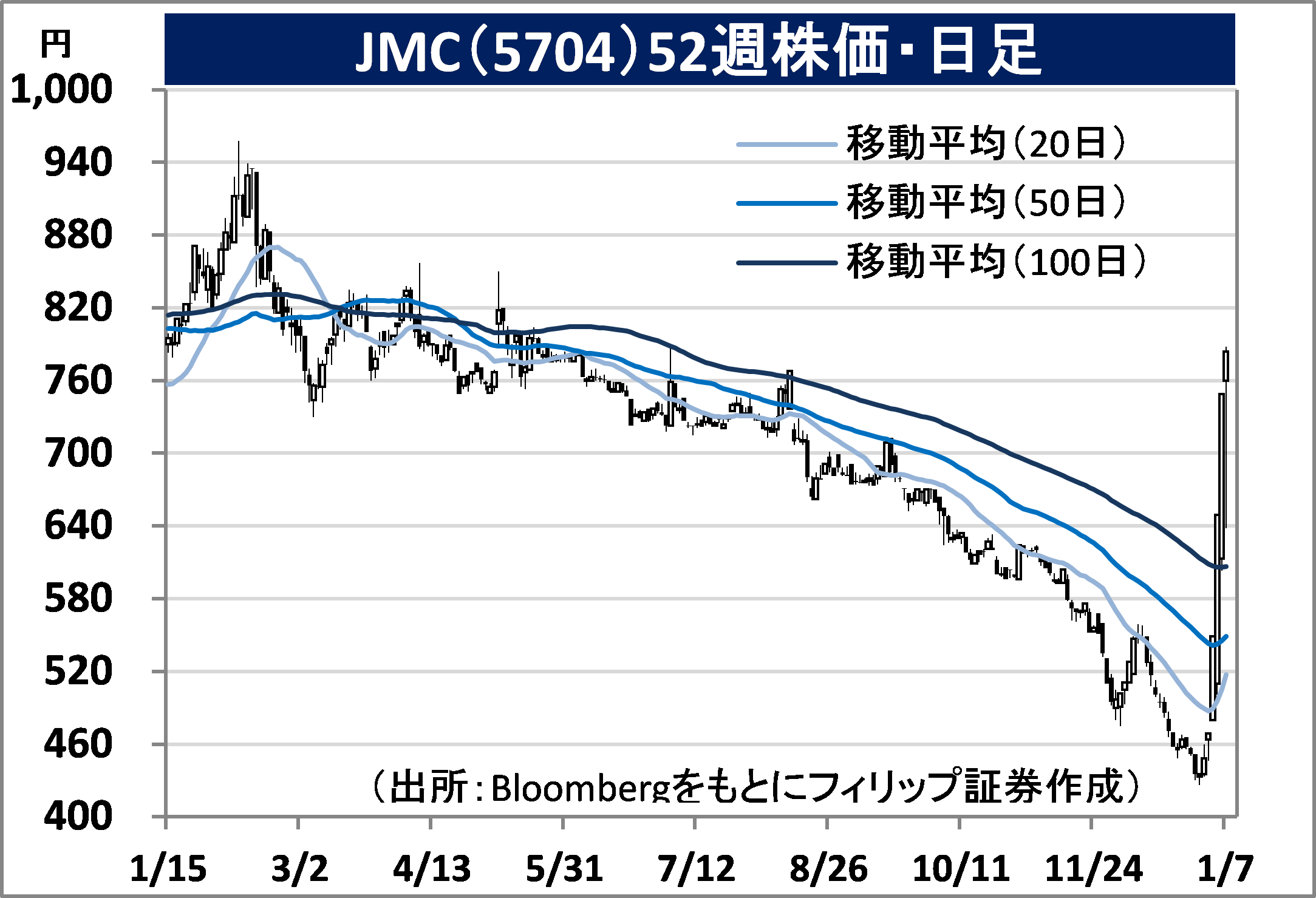 ・Established in 1992.  Using 3D CAD technology, company provides comprehensive support for “monozukuri” (manufacturing) from prototypes to final products for a wide range of industries, based on both molding methods of sand mold production using metal as raw material, and 3D printing using resin as raw material.

・For 9M (Jan-Sep) results of FY2021/12 announced on 12/11, net sales decreased by 8.0% to 1.612 billion yen compared to the same period the previous year, and operating income narrowed from a loss of 203 million yen in the same period of the previous year to a loss of 52 million yen.  The mainstay Casting business increased sales and returned to profitability owing to contributions from the factory automation field and new fields, but sales decreased in the 3D Printing business and CT (Computer Tomography) business.

・For its full year plan, net sales is expected to increase by 4.8% to 2.584 billion yen compared to the previous year, and operating income to return to profitability of 26 million yen from a loss of 220 million yen the previous year.  In the Casting business, company’s brand penetration in the restoration field (supply of aged parts for old vehicles, etc), which started in 12/2020, has contributed to earnings.  In addition, with its client Toyota Motor Corp (7203) increasing its focus on electric vehicles (EV), demand for prototypes using 3D printing will increase before the mass production of new parts.