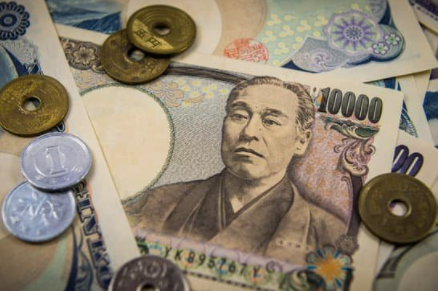 After Russia’s invasion of Ukraine, it invoked a sharp rise across the entire commodity futures market, such as energy, resources and grains. Also due to an evening-up of big shorts, the LME nickel futures, which was at a level of 20,000 dollars per tonne on 4/3, rose sharply to 100,000 dollars per tonne on the 8th, forcing it to an extraordinary situation where the exchange considered cancelling trades and suspending trading. Although the market rises sharply in the short-term due to a forced evening-up of shorts in order to avoid a remargin in the futures market, once it settles, it would be difficult to maintain a high price after a sharp rise. In terms of judging whether the price of futures or underlying assets of futures (spot) are being overbought in the short term, there is a need to look at the price difference (spread) between the expiration months of the futures. In particular, in commodities, if the prices of near futures are higher than distant futures, there will likely be a need to be wary of short-term market overheating. Also, regarding stocks related to energy, resources and materials, there may also be a need to note that daily stock prices tend to get caught up in violent fluctuations in the commodity futures market.

At the extraordinary energy ministers’ meeting (online) held on the 10th in response to Russia’s invasion of Ukraine, reducing the reliance on Russia for natural gas in Europe was pointed out as “a particularly urgent issue” and investment in the LNG (liquefied natural gas) field is needed. In the plant engineering industry involving LNG plants, the 3 giants in Japan are said to be JGC Holdings (1963), Chiyoda Corporation (6366) and Toyo Engineering (6330). JGC, the industry’s largest, has achievements across a wide range of fields, such as petroleum / natural gases and renewable energy. Chiyoda Corporation is recognised for technological development involving the large volume shipping and storage of hydrogen in addition to having the highest sales distribution ratio of LNG plants out of the 3 giants at above 50%. Compared to the other two companies, rather than LNG plants, Toyo Engineering has strengths in plants related to chemical fertilisers, such as urea and ammonia, etc. It just so happens that there are also concerns of a supply shortage of ammonia due to reinforced economic sanctions on Russia by various countries in the world.

With various countries in the world removing COVID-19 regulations and starting to allow foreigners to enter the country without quarantine as long as vaccination is complete, the Japanese government’s policy is to also present a new way of thinking on the 11th concerning the “semi-emergency coronavirus measures” which could be lifted if a decrease in hospital bed usage is expected in spite of new infections remaining at a high level. Also, regarding national border measures, in addition to increasing the limit of persons entering Japan daily from the current 5,000 to 7,000 from the 14th onwards and accepting 1,000 per day in a separate category for students studying abroad, it was reported that they are considering accepting all foreign students wishing to enter Japan by end May. Perhaps the other side of chaos of the Ukraine situation may lead to a “COVID-19 regulations easing market”. There will likely be a need for “compound-eye investment”, which keeps one eye on immediate concerns and another on anticipating the next course. 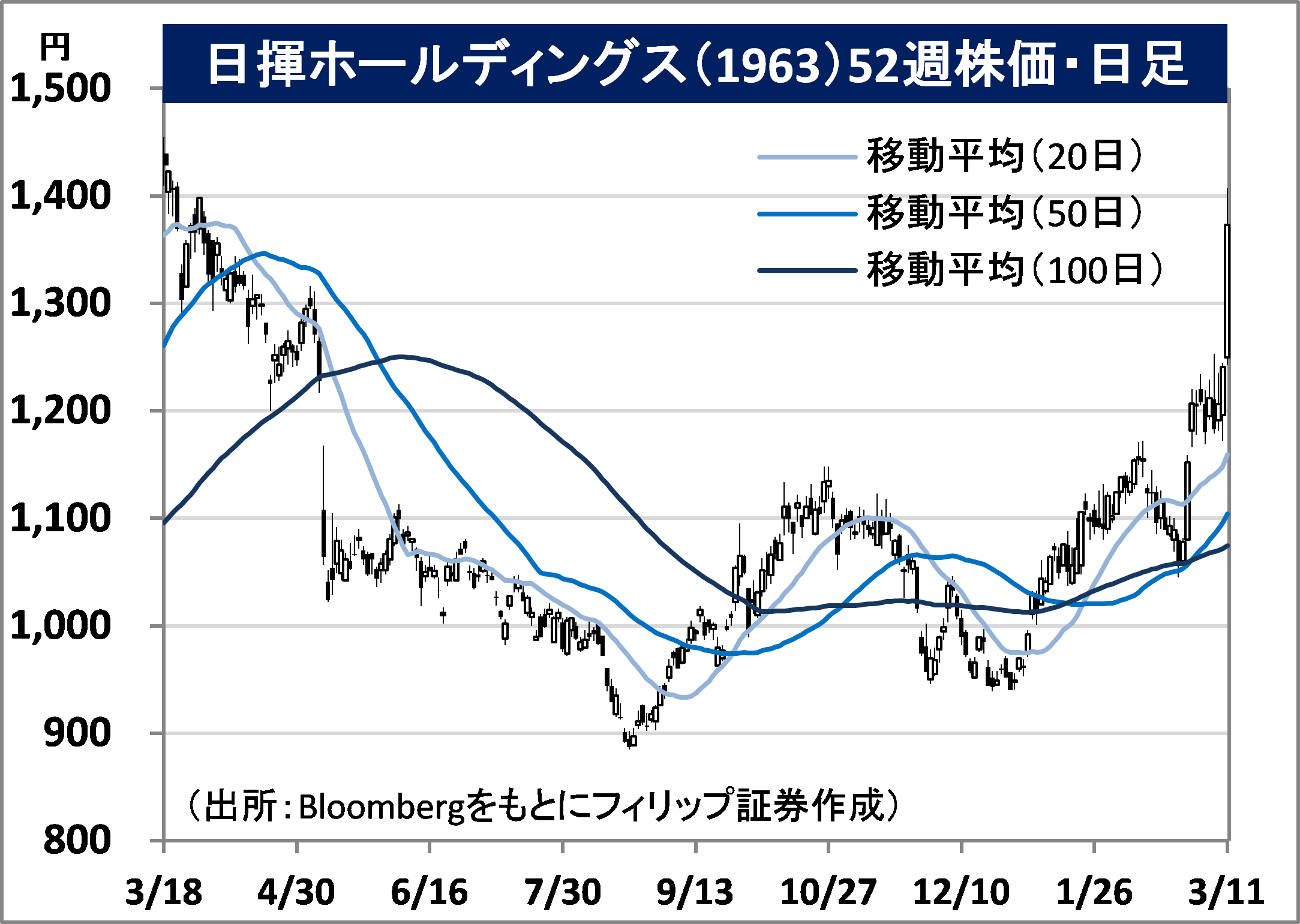 ・Established in 1928 as Japan Gasoline Co., Ltd. Expands a functional materials manufacturing business which carries out the manufacture and retail of catalysts and fine products, etc. in addition to a comprehensive engineering business which manages various plants, facility design, procurement and construction, etc.

・For 9M (Apr-Dec) results of FY2022/3 announced on 10/2, net sales increased by 4.8% to 319.442 billion yen compared to the same period the previous year and operating income decreased by 11.5% to 15.332 billion yen. Despite a deficit in net income from the recording of an extraordinary loss involving the Ichthys LNG Project, there has been progress in investment, such as in renewable energy power generation in Asian regions and a resumption of facility investment plans in various oil and gas-producing countries.

・For its full year plan, net sales is expected to increase by 8.3% to 470 billion yen compared to the previous year and operating income to decrease by 12.6% to 20 billion yen. In response to Russia’s invasion of Ukraine, on 10/3, an extraordinary energy ministers’ meeting was held online among 7 major countries (G7). A joint statement was consolidated which included the necessity to invest and increase the supply of LNG (liquefied natural gas) and addressed the “particularly urgent issue” of reducing reliance on Russia for natural gas in Europe. This will likely benefit the company.

・Founded in 1878 by the founder Gisaburo Shiono. Carries out the research and development, manufacture and retail, etc. of pharmaceuticals. In addition to having strengths in the areas of infections, aches and central nerves, they are proactively developing cancer treatments and vaccines. Their anti-HIV (AIDS) drug became mass produced.

・For 9M (Apr-Dec) results of FY2022/3 announced on 31/1, sales revenue decreased by 2.1% to 219.6 billion yen compared to the same period the previous year and operating income decreased by 42.5% to 60.4 billion yen. The decrease in royalty revenue for the dyslipidaemia drug “Crestor” and the entry of the antidepressant “Cymbalta” in generic drugs have affected, leading to a decrease in revenue. The increase in research and development costs for the COVID-19 vaccine and treatment have also influenced the decrease in profit.

・For its full year plan, sales revenue is expected to decrease by 1.1% to 294 billion yen compared to the previous year and operating income to decrease by 23.4% to 90 billion yen. On 25/2, the company applied for the manufacturing approval for the orally-administered COVID-19 drug with the Ministry of Health, Labour and Welfare and sought application for the “conditional early authorisation system”. They have advantages in terms of having lesser medicines prohibited to be used in combination compared to the U.S. Pfizer’s “Paxlovid”, which has already been approved as a special instance in Japan. On 28/2, Prime Minister Kishida also answered in the response to the Diet deliberations regarding the supply of required amount.