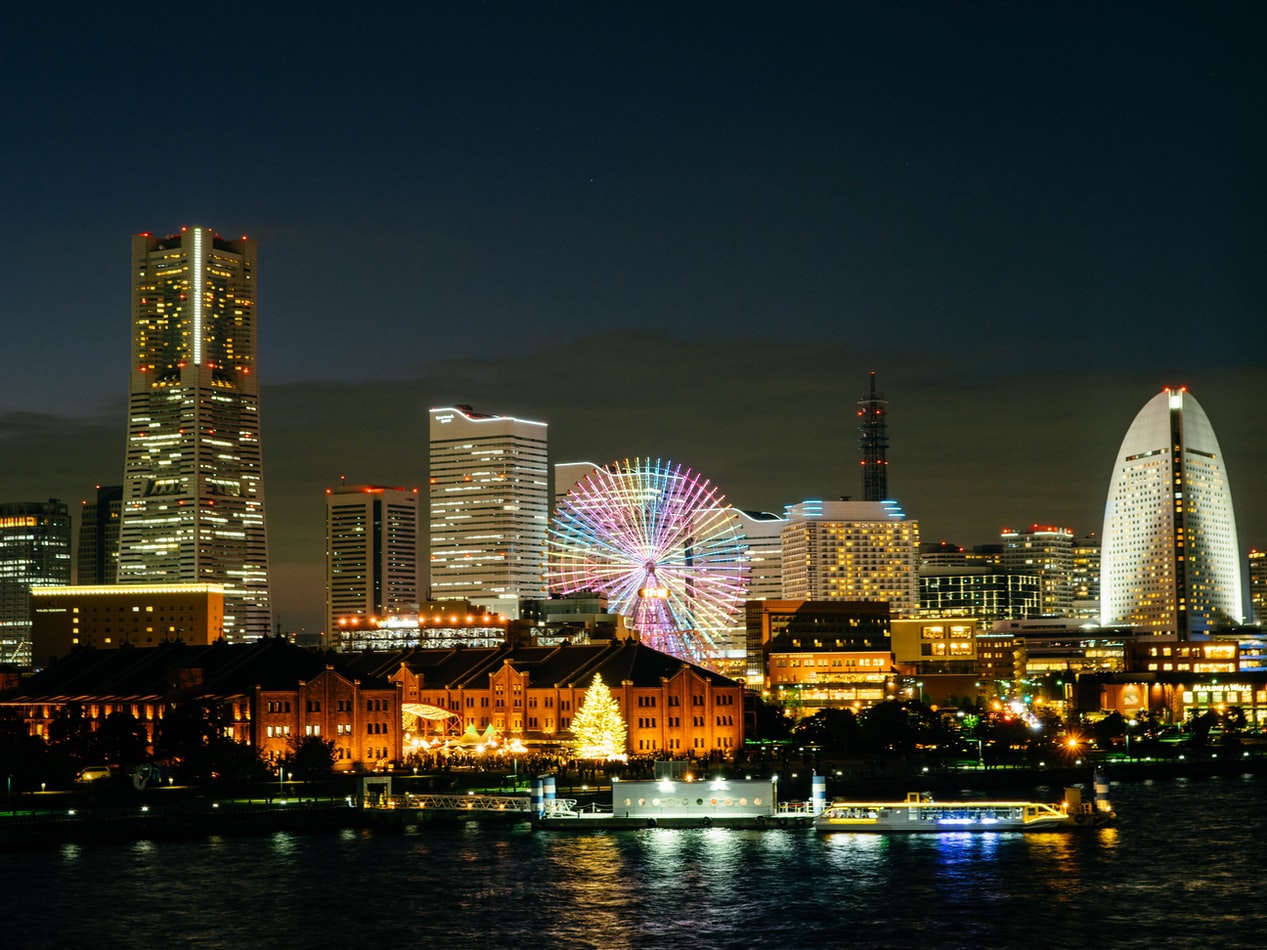 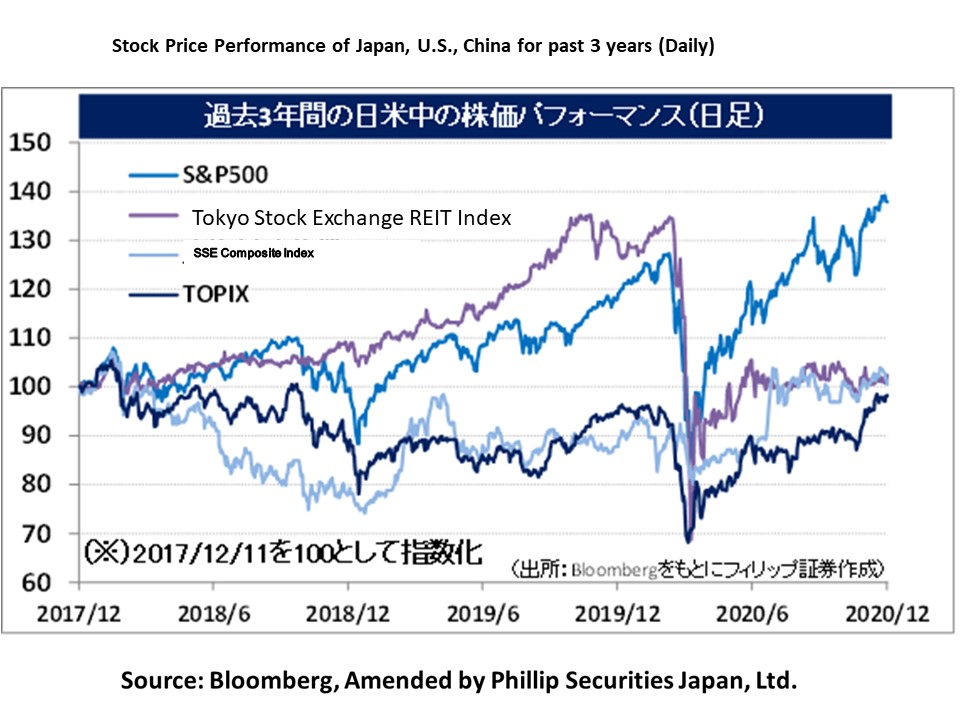 The “major SQ Day” (11/12), on which the SQ (Special Quotation) for the final settlement of stock index futures and options contracts overlaps, seems to be positioned as an important milestone pointing towards the upward movement of the Nikkei Average which had dipped to its low of 16,358 points on 19/3 this year.

Next, the average of the Nikkei Average of 26,894 points (7/12), which is the highest price of the year as of 11/12, and the year’s lowest of 16,358 points, viz 21,626 points, is almost the same level as the average of (1) and (2) above (21,619 points).  If we position the Nikkei Average of around 21,600 points as the midpoint of this year’s market range, the upward movement since March this year may have reached the level deemed as the target for the upper limit of the market range.  If the market were to continue to rise next year, it seems that a certain amount of time off will be needed as an adjustment phase.  As the saying goes, “take a rest from the market” for more objective observation.

For reference, looking back at the Nikkei Average in the latter half of the 1980s, after reaching a high of 26,646 points in early October of that year, it fell to almost 21,000 points in November, 1987 due to Black Monday.  The closing price at the end of that year was 21,564 points. The following year, 1988, it rose almost consistently from the beginning of the year, closing at 30,264 points at the end of that year.

In the foreign exchange market, the weakening of the US dollar (appreciation of the yen) against the backdrop of the Fed’s monetary easing, such as currencies of resource-rich countries and emerging countries appreciating against the US dollar, is seen as a sign of risk appetite for Japanese stocks, thereby creating the conditions for buying.  The weighted average PBR (price-to-book-value ratio) of the Nikkei Average at the close of 10/12 this year was 1.19 times, and the weighted average BPS (net asset price per share) equivalent to 1.0 times was 22,484 points.  If the BPS rises by about 5%to 23,600 points next year, and the PBR rises to 1.25 times, then the Nikkei Average will be 29,500 points.  This does not seem to be an unrealistic assumption.  If some positive aspects emerge, such as higher-than-expected recurring profit growth, then next year could be a repeat of 1988. 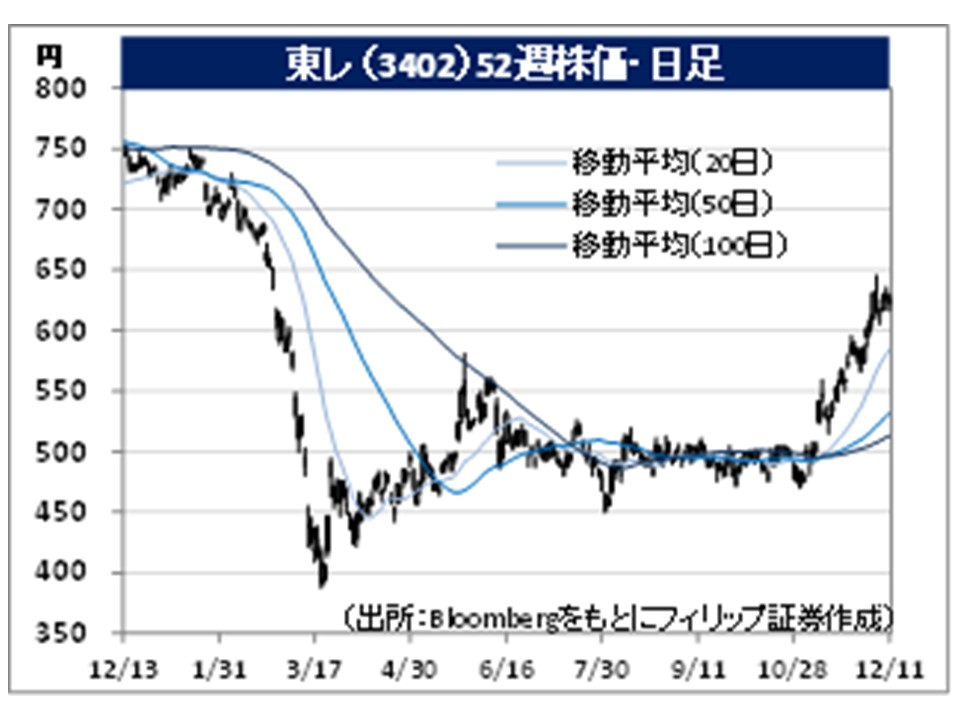 ・For its full year plan, net sales is expected to decrease by 11.1% to 1.86 trillion yen compared to the previous year, and operating income excluding profits and losses caused by non-recurring factors to decrease by 36.3% to 80.0 billion yen.  On 7/12, CME of the US futures exchange newly listed the “Nasdaq Veles California Water Index” futures.  Amid concerns about global water shortages in the near future, the company will be exporting its desalination plant water treatment membranes to Saudi Arabia, Iraq, Indonesia, China and other countries. 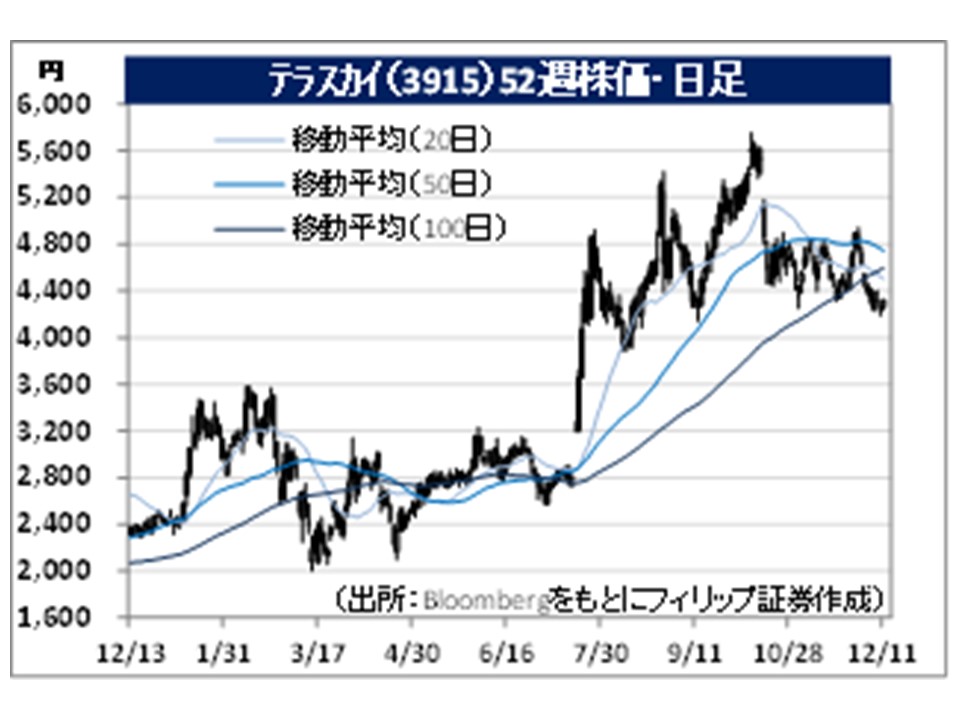 ・Established in 2006. Comprises the solutions business based on the cloud systems of Salesforce and AWS (Amazon Web Service), and the product business that provides cloud services in Japan and overseas as a SaaS vendor.

・For 1H (Mar-Aug) results of FY2021/2 announced on 15/10, net sales increased by 24.8% to 5.555 billion yen compared to the same period the previous year, and operating income increased by 52.9% to 528 million yen.  In addition to the benefits of the expansion of cloud services, the number of contracts for “mitoco”, company’s groupware product, has increased for teleworking companies and local governments due to the spread of Covid-19.

・For its full year plan, net sales is expected to increase by 18.7% to 11.038 billion yen compared to the previous year, and operating income to decrease by 5.9% to 682 million yen.  Company will benefit from the expected acquisition of business chat company, Slack Technologies (WORK), by solution-focused US-based salesforce.com (CRM).  Furthermore, company has also signed a reseller agreement for home call center systems with Twilio (TWLO), a US communication solutions company.