Japan-Weekly Strategy Report “Declaration of a State of Emergency, the Non-Ferrous & Precious Metals Market and the Grain Market January 14, 2021 174 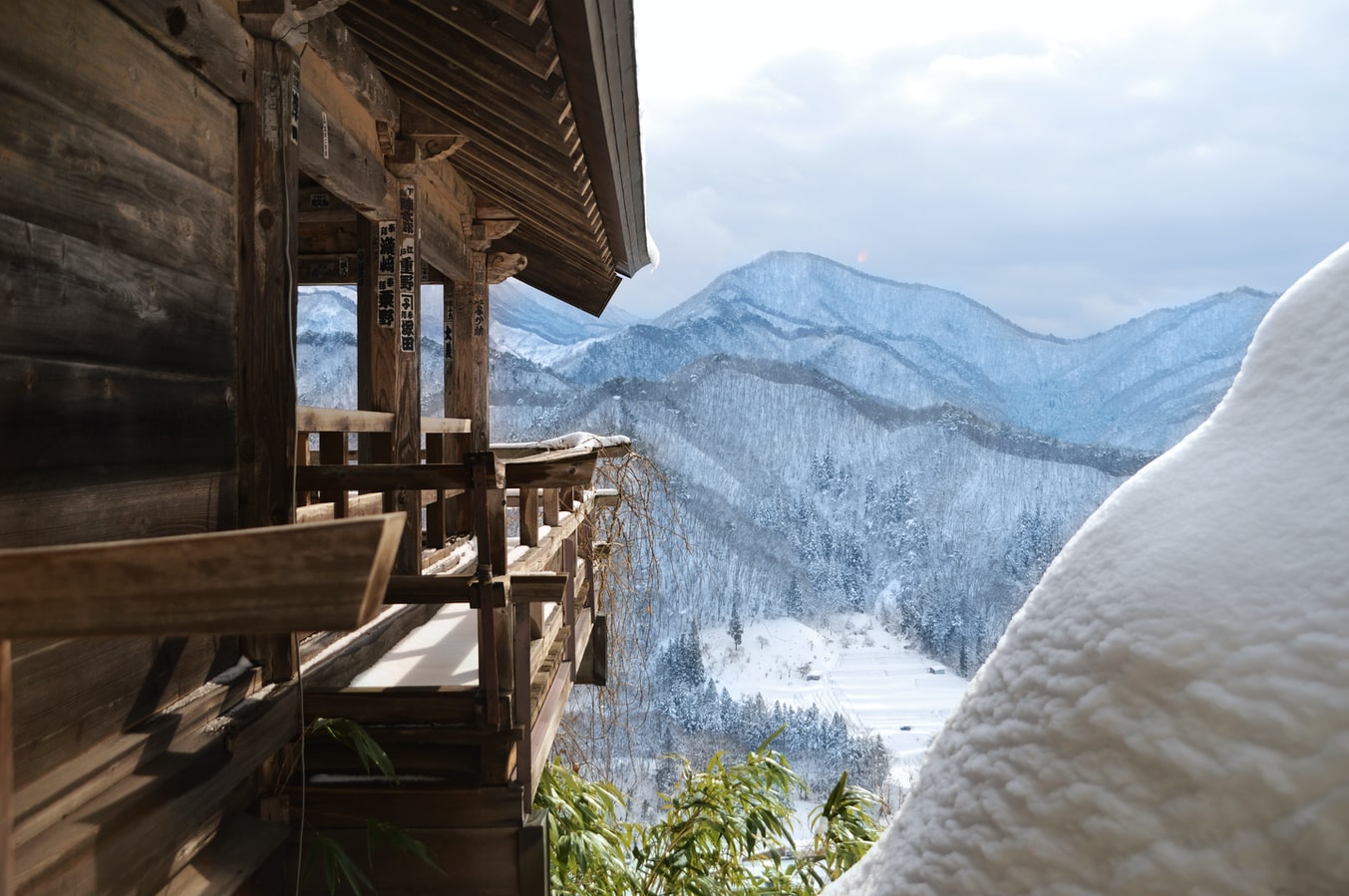 “Declaration of a State of Emergency, the Non-Ferrous & Precious Metals Market and the Grain Market”

In response to the spread of COVID-19, the government issued a declaration of a state of emergency in 3 prefectures and 1 capital, which is the metropolitan area, over a month from 8/1 to 7/2. Following the declaration, governors of the respective capital and prefectures called for a self-restraint in operation for F&B outlets and residents from going outdoors from 8pm onwards in addition to a 70% decrease in commuting. In contrast with growing expectations of a normalisation of the economy following progress in developments of the COVID-19 vaccine and the start of vaccinations in the U.K. and the U.S., etc., since expectations on prospects tend to shrink relatively, amongst the stocks expected to benefit from the popularisation of telecommuting and consumption from staying at home, there were many stocks that followed the trend of a decline in stock price from autumn last year onwards. Since we can foresee that it will take time to curb the infection due to it being a time where the air tends to be dry seasonally, it is likely that there will also be considerations on going with the flow to look out for stocks related to telecommuting and consumption from staying at home.

Next, the presidential election and the election of the members of the Senate and House of Representatives in the U.S. in Nov concluded with the Democratic Party seeing a “blue wave” come to reality by winning 2 seats in the final ballot for the Senate in Georgia on 5/1, dominating the majority of the Senate and House of Representatives. As a result, it is predicted that the increase in expenditure on infrastructure investment worldwide towards reducing the amount of greenhouse gas emissions will accelerate in the future, and it is assumed that there will be an increase in demand for precious metals, such as platinum, which is used as a catalyst for breaking down harmful substances, silver for solar power generation, and non-ferrous metals, such as aluminium, which is used for making the body of vehicles lightweight, as well as nickel and copper, etc., following progress in the shift towards electric cars (EV). Then, there will also likely be an increase in demand for high-tech materials made into products from processing them. Even in the mid and long-term, we can presume that technology involving new materials, such as the development of space rockets, will serve as the key to promising market areas in the future, which would likely become a main pillar in those selected for future investment. Among Japanese stocks, since the stock prices of steel and shipping stocks are closely related to the global commodity market in the long term, they are predicted to benefit from the “commodity shift”.

With the U.S. futures exchange, CME, expressing their viewpoint on “two-thirds of the world’s population facing a water shortage by 2025 due to global warming and a population increase”, China is proactively increasing grain imports from the perspective of food security and the demand for feed for the pig farming industry, which have begun recovering from the African swine fever (ASF). Regarding this, abnormal weather such as the La Niña phenomenon, etc., are also spurring the inflation of grain prices. It is possible that risks of abnormal weather from global warming will continue in the future as well. The ASEAN region is the region that easily benefits from changes in the market environment involving agricultural produce such as these, and corporations related to processed foodstuff and agricultural produce are showing good business performance regardless of the COVID-19 catastrophe. 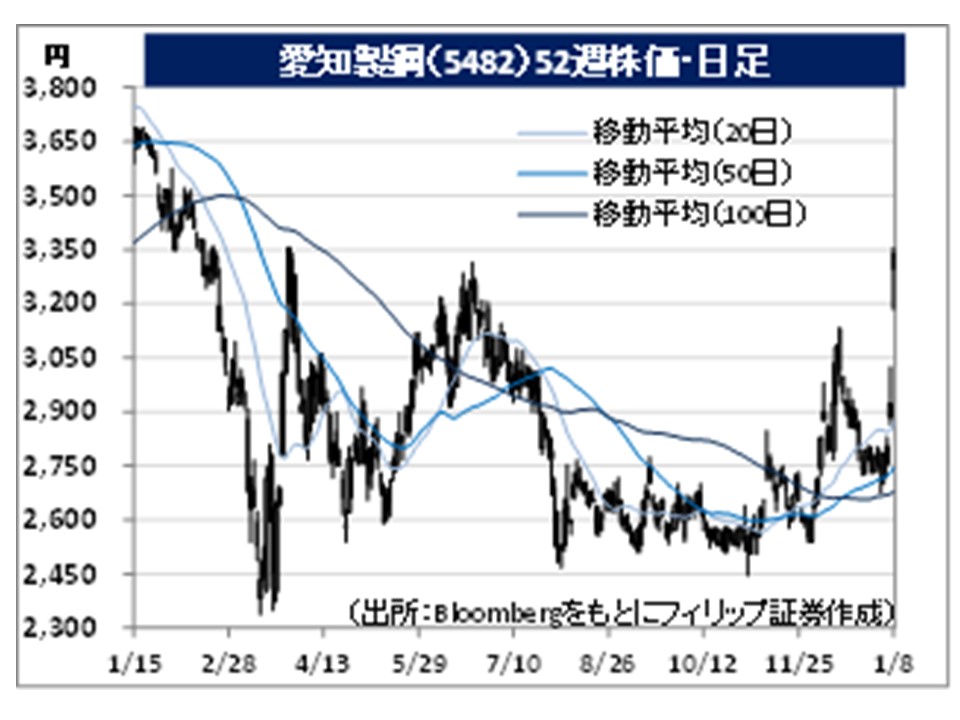 ・For 1H (Apr-Sep) results of FY2021/3 announced on 29/10, net sales decreased by 32.0% to 84.83 billion yen compared to the same period the previous year and operating income fell into the red from 5.963 billion yen the same period the previous year to (2.708) billion yen. Although the reduction in cost price, etc., was effective, the decrease in sales following the impact from the COVID-19 catastrophe had affected. Operating income for 2Q (Jul-Sep) was (30) million yen, which was a reduction in deficit compared to the previous quarter.

・Company revised their full year plan upwards on 29/10. Reflecting the recovery in demand in the automobile manufacturing industry in the 2Q, net sales was raised to decrease by 18.7% to 197 billion yen (original plan 196 billion yen) compared to the previous year and operating income to decrease by 89.2% to 1.5 billion yen (original plan 500 million yen). With attention on them as an undervalued stock with low P/B ratio (price-to-book ratio), on 7/1, they announced the development of electric driving devices for electric cars (EV), which can reduce volume by 60% by integrally moulding the magnet and components. 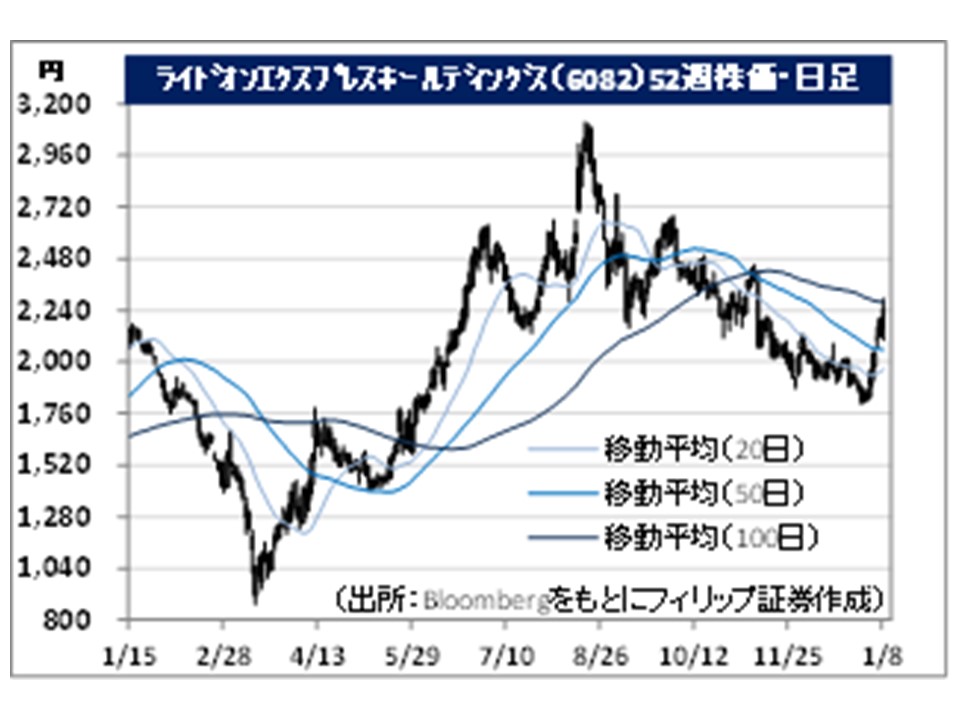 ・Established in 2001. Expands chain outlets via franchise and directly managing delivery businesses, such as the sushi delivery, “Gin no Sara”, and Japanese set meal delivery, “Kamatora”. Operates “fineDine” via direct management, which is a delivery agent service for partnered restaurants.

・For 1H (Apr-Sep) results of FY2021/3 announced on 13/11, net sales increased by 26.7% to 12.347 billion yen compared to the same period the previous year and operating income increased by 2.5 times to 1.266 billion yen. Due to the increase in food delivery demand from the impact of the COVID-19 catastrophe, sales for “Gin no Sara” and “Kamatora” have performed strongly. In order to promote online sales, they are focusing their efforts on the utilisation of the company’s own electronic points, “deli point”.

・For its full year plan, net sales is expected to increase by 17.6% to 24.739 billion yen compared to the previous year and operating income to increase by 59.5% to 2.2 billion yen. With the government issuing a declaration of a state of emergency for a month from 8/1 and calling to shorten operating hours of F&B outlets to 8pm, it is likely to benefit the company who accounts for one of the 3 major companies in the domestic F&B delivery market alongside Uber Eats and Demae-can (2484). Adopting a premium route unlike the other 2 companies, they are considered to be successful in setting themselves apart from the competition.