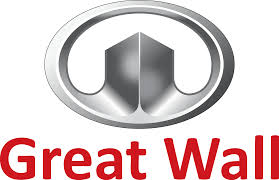 0Investment Summary
Last Year Witnesses 20% Result Growth with the Fourth Quarter Generating Extraordinary
Revenue
Based on the company’s performance bulletin of 2020, Great Wall Motors (GWM or the
Company) reported revenue of RMB103.283 billion with a yoy growth of 7.35%, a net profit
attributable to the parent company of RMB5.392 billion with a yoy rise of 19.9%, and a basic
EPS of RMB0.59. This growth was mainly contributed by increases in whole vehicle sales
volume, capacity efficiency, and gross margin. Especially when it comes to the fourth
quarter which delivered a great result including revenue of RMB41.1 billion, the highest in
company history, representing a yoy increase of 22.4%, and qoq 57%. Also, the net profit
was RMB2.81 billion, indicating a yoy growth of 77.5%, a qoq surge of 95%, and bringing it to
a second high in history. Though the sales volume of the first quarter decreased by 47% due
to the pandemic, the Company’s car sales volume in the other three quarters saw strong
rebound and sold 1.11 million cars in 2020 with a yoy growth of 5% thanks to the strong new
product cycle and the recovering industry.
From the perspective of brands, 750,000 HAVAL, 78,500 WEY, 225,000 PICKUP, and 56,300
ORA cars were sold, respectively. This marked a yoy growth of -2.50%, -21.53%, 51.18% and
44.76%, and a sales percentage of 68%, 7%, 20%, and 5%, respectively. Many car models of
the Company flourished, for example, the new platform car model like the third generation
HAVAL H6, HAVAL Dagou, Tank 300, ORA Haomao received positive responses upon their
launching. More than 20,000 cars of the third generation HAVAL H6 were sold in consecutive
months, and more than 10,000 cars of HAVAL Dagou were sold in the first three months
after its launching. Sales in the fourth quarter became more and more extraordinary as the
car sales volume reached around 430,000, marking a record high. Among them, the sales
volume of HAVAL, WEY, PICKUP, and ORA were 305,200, 28,200, 64,700, and 32,300,
respectively. This represented a yoy growth of 22.98%, -6.50%. 27.87% and 284.32%, and a
sales percentage of 71%, 7%, 15%, and 7%, respectively. It can be seen that with the benefit
of new technological platform and strong car model cycle, GWM has extended its business
to specific markets by consolidating and maintaining its steady growth of SUV business, and
it has made breakthroughs as the new car models have clear competitive margin and may
bring higher sales volume in the future.