CDL sold a total of 90 units in the 174-unit high end freehold condominium development, Gramercy Park (5% of our RNAV estimates), as at 1Q17. In March 2017, the Group has soft launched and sold 16 out of 20 units in the second tower where ASP has increased to S$2,800 PSF from S$2,600 PSF. The strong take up rate in Gramercy Park and ASP gains suggest that prices could be a prelude that prices have more or less bottomed out in the CCR segment, providing an opportunity for the Group to launch two new developments, New Futura and South Beach Residences. Additionally, with more than 66% of its Singapore development projects’ RNAV located in the CCR market segment, we expect CDL to benefit significantly as the CCR segment recovers.

We remain optimistic that a recovery in the CCR market segment is in sight which CDL will be a beneficiary of given its large exposure in the market segment. Consequently, we have reduced our discount to CDL’s RNAV estimates to 15% (20% previously). We maintain our ‘Accumulate’ rating with an upgraded TP of S$11.07 based on our FY17 RNAV estimates.

There are two development projects in the Core Central Region (CCR) market segment that are slated to be launched in 2H17. We view that the lack of new launches in the CCR market segment in 2017 will bode well for CDL, as the Group intends to launch New Futura, a 124-unit freehold development project, in District Ten this year. Given the scarcity of freehold new launches in the CCR segment, we are expecting ASP in New Futura to be in the range of S$2,600 PSF – S$2,800 PSF, which will potentially add S$0.10 – S$0.11 to our RNAV estimates when completely sold. The other development is a 450-unit project located on Martin Road which is expected to be launched in 2H17.

CDL submitted a winning bid of S$370.1 million for a land plot located in Tampines Avenue 10 with a maximum GFA of 60,810 sqm, translating into a land price of S$565 PSF PPR. The site is expected to be developed into a 15-storey residential project with 800 units and a child care centre. We estimate that the breakeven cost for the project to be S$940 PSF and expect ASP to be S$1,100, adding S$0.10 to our RNAV estimates when completely sold. We expect take up to be at least decently strong considering that the remaining units in The Santorini and The Alps Residences are likely to be substantially sold by the time CDL’s units are ready to be rolled out for sale sometime in 2018. 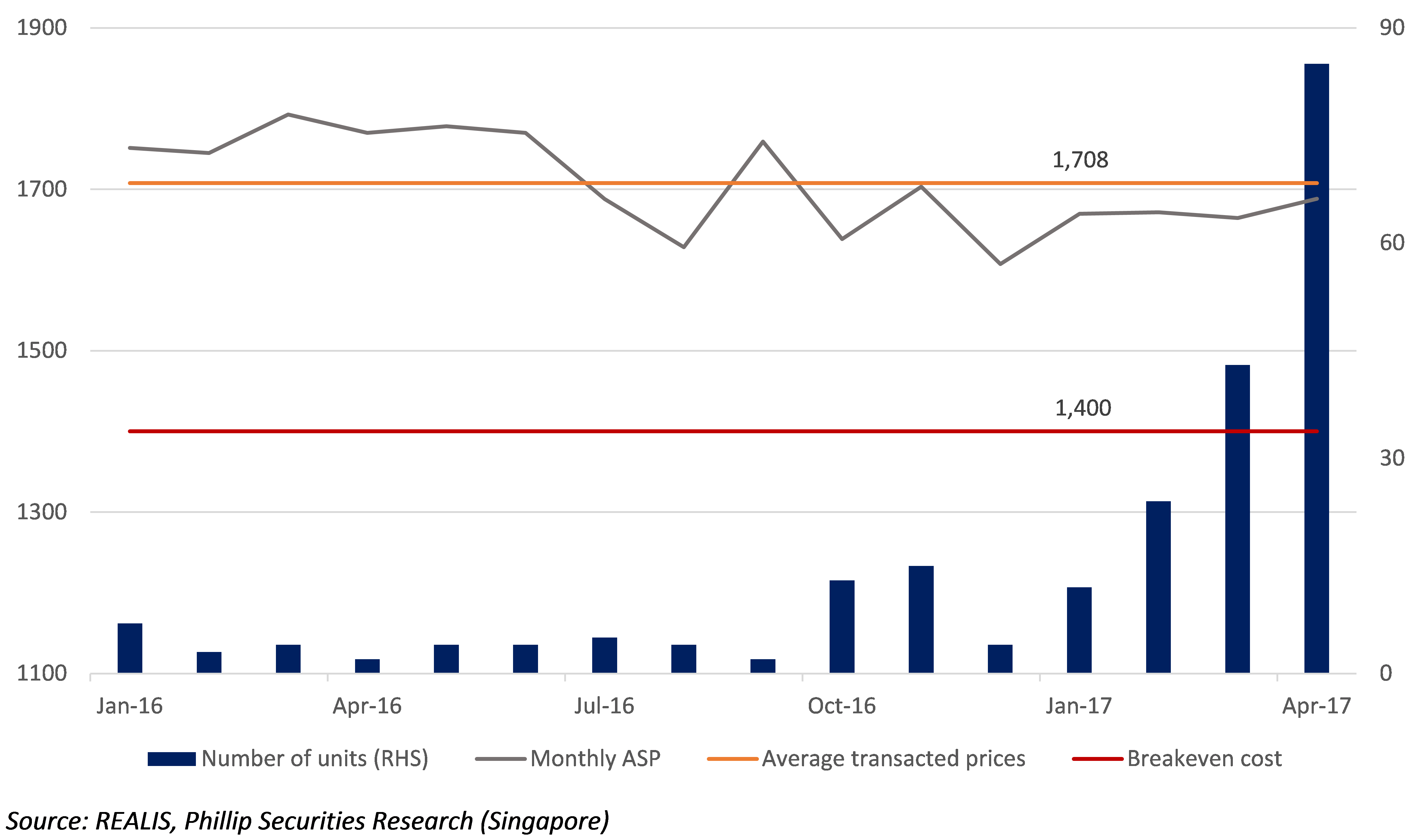 Figure 2: Volume and price transactions at The Venue Residences ($’psf) 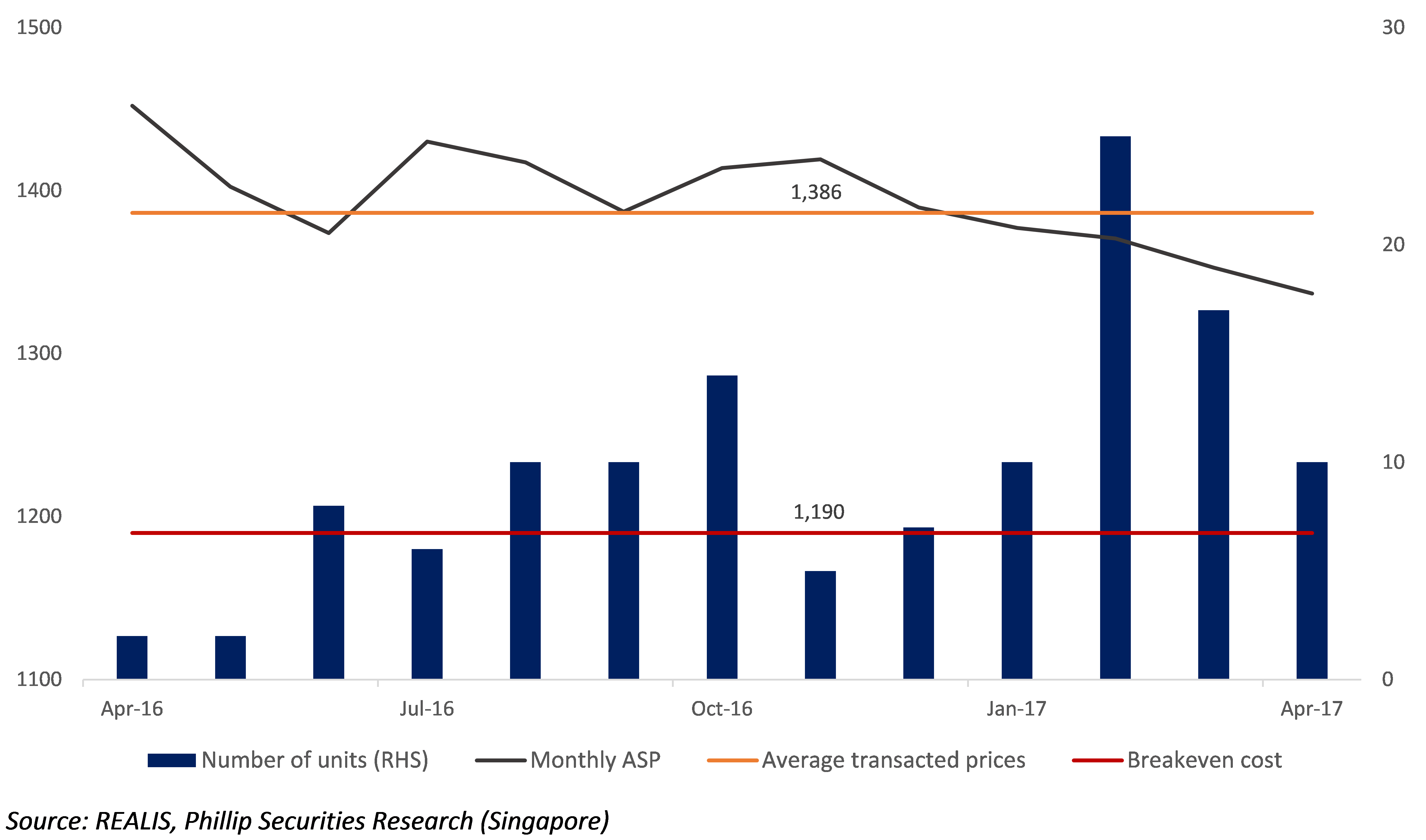 Despite multiple rounds of cooling measures, developers in Shanghai and Chongqing (where CDL is present in) continue to show sustained appetite for land acquisition, with 1Q17 land purchases up 98% and 16% y-o-y respectively. (Source: CEIC). CDL continues to hold a positive long term view of the property market and growth opportunities in China and we think developers’ shared optimism on the saleability of projects going forward judging from the increased land purchases bode well for CDL’s China projects.

In the UK, the Group has delayed the launch for some of its ready-to-market projects until after the General Election after which the Group opines the outlook for the London residential market will be clearer.

The Group’s 65% owned Millennium and Copthorne (M&C) recorded a 50% drop in PATMI to £3mn in 1Q17. This was primarily due to a S$6.5mn exchange loss at M&C’s REIT associate CDLHT, without which M&C Group pre-tax profit for the period would have dropped 5.6% to £17mn. Global RevPAR however, showed an encouraging increase of 4.6% y-o-y (vs down 2.3% in FY16) driven by increases in US, Europe and Australasia on a constant currency basis. RevPAR weakness was persistent in Asia, this time led by Taipei and Seoul with the lower number of Chinese tourists.

We expect the Singapore weakness to persist due to the anticipated 6.1% increase in hotel supply in 2017 (mostly in upscale/luxury sector), notwithstanding improved corporate demand that we anticipate in 2H17. We however expect weakness in the Seoul and Taipei markets (which was due to political tensions between China and the two countries) to be passing and Asia RevPAR to improve in 2H17. Overall, we expect global RevPARs to continue to show improvements as improved global sentiment and economic conditions continue to boost tourism. 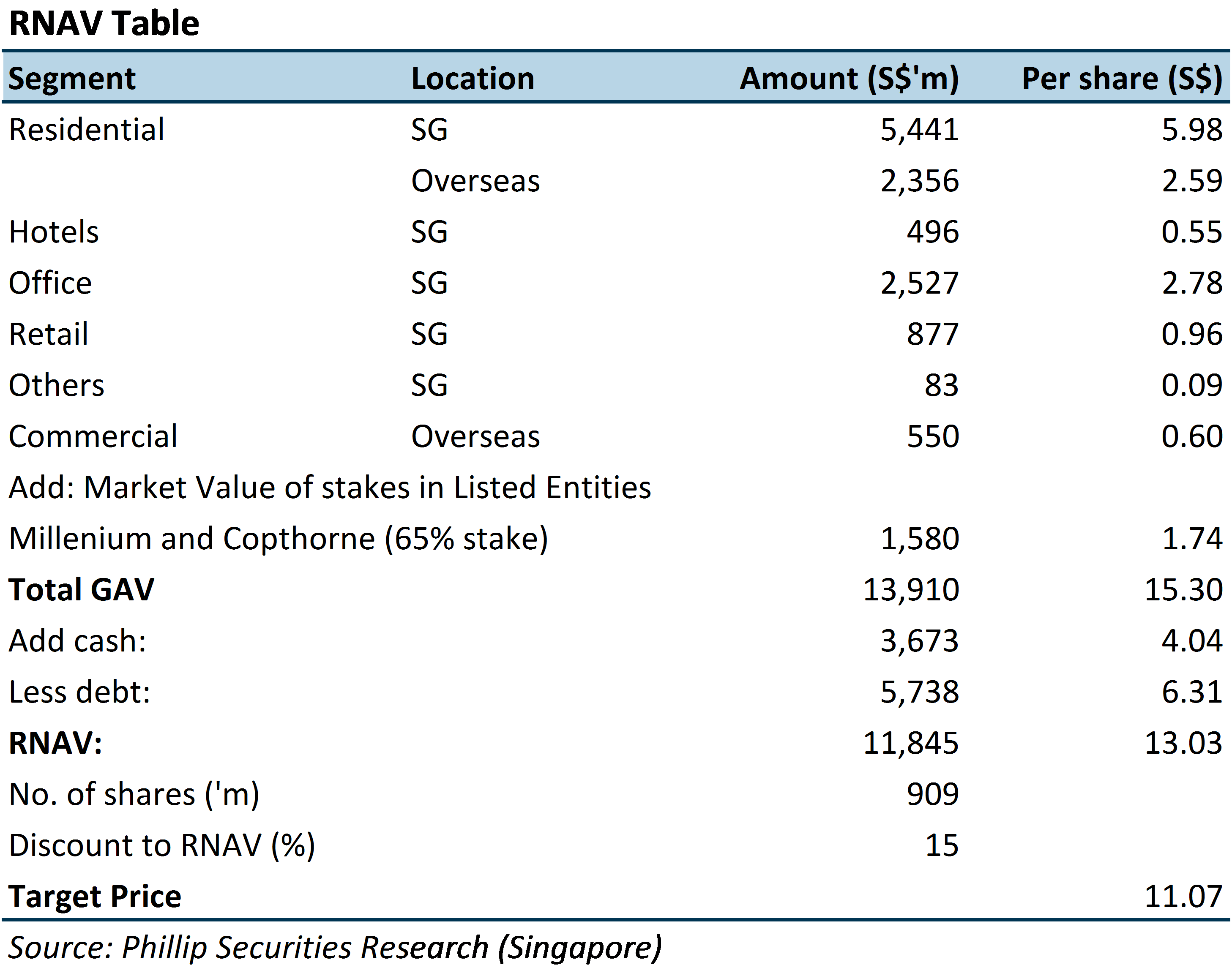