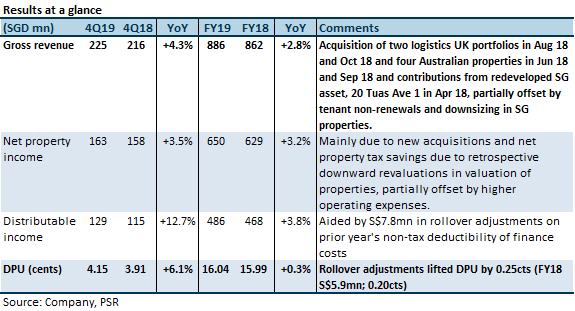 8% of the Australia portfolio’s GRI will be up for renewal in FY20, with 74% of lease expiries coming from Sydney. The rental market in Sydney is strong, having experienced 4% rental reversions for the past 12 consecutive quarters.

Downgrade to Neutral due to rich valuations; unchanged target price of $2.88

AREIT is currently trading at a rich valuation of P/NAV of 1.41x, which has crossed the +2s.d. level. We believe that such rich valuations are not well supported, given that the current rental market is more competitive with less robust rental reversions as compared to 2013 when similar valuations were last observed. 4Q12/1Q19 occupancy rate and rental index for the industrial sector were 93.7%/88% and 100/93.5 indicating a stronger market propping up valuations. 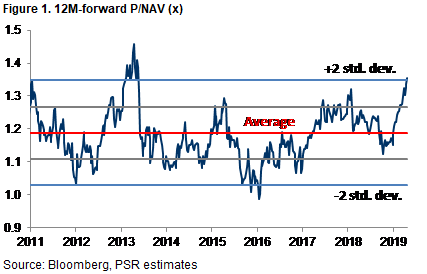 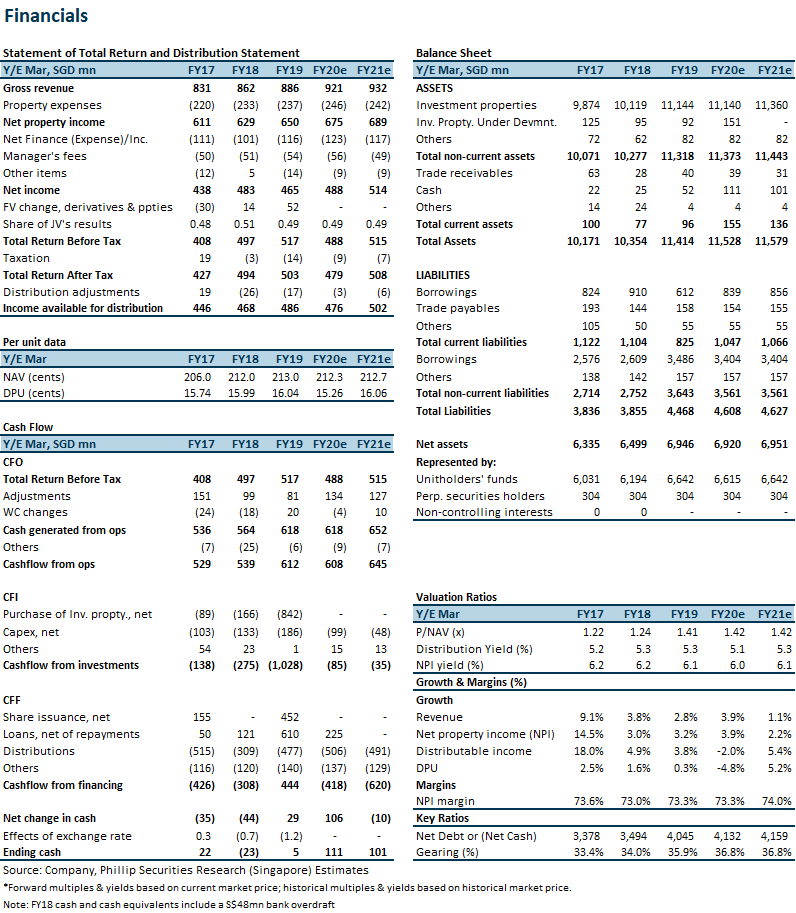 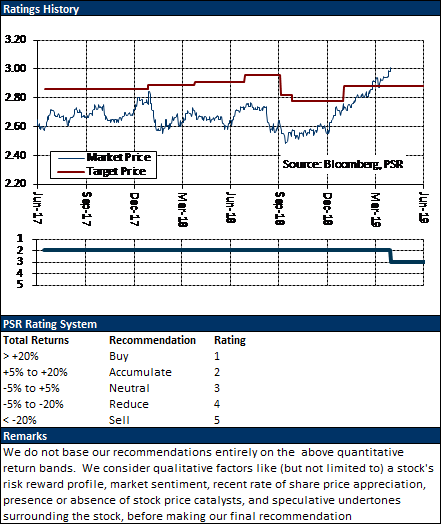